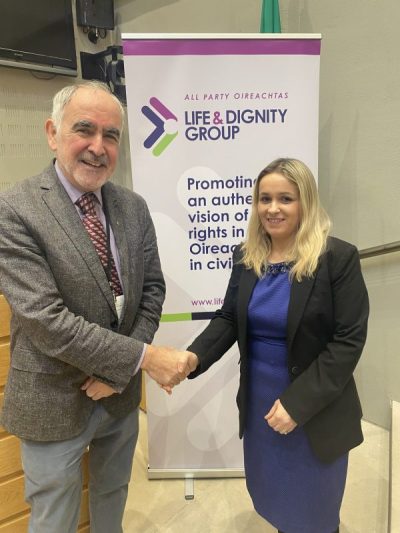 A cross-party audience of TDs and Senators attended an event in Leinster House today, titled ‘Caring for Us as We Age: A Proactive Approach on Nursing Homes’. Professor Des O’Neill, a consultant geriatrician at Tallaght University Hospital and Peamount Healthcare and a lecturer in Trinity College Dublin’s School of Medicine, spoke to politicians on the crisis within nursing homes.

The event was organised by the All Party Oireachtas Life and Dignity Group, a cross-party group of TDs and Senators whose members are interested in promoting an authentic vision of human rights in the Oireachtas and in civil society, emphasising the right to life and dignity of every human person. It is co-chaired by independent TDs Carol Nolan and Peter Fitzpatrick.

“We were delighted to host Professor Des O’Neill today. Clearly there is a need for an attitude shift on nursing homes and their future. It’s important that we begin to see nursing homes not as something to be avoided, but rather as an integrated part of the community which provides a dignified and safe living space for our older people. As Professor O’Neill acknowledged, although we are demographically ageing as a country, we are becoming healthier. An older population presents opportunities, and the value and contributions of older people must be prioritised and recognised.

“We were very pleased to listen to the incisive testimony of Professor Desmond O’Neill, who addressed many of the deeper issues with nursing homes beyond simply the question of funding. He described how the number of private nursing homes in the sector has jumped from just 20 percent in the 1980s to 70 percent by 2017. The rapid commercialisation of nursing homes pose issues for the future of the sector.” 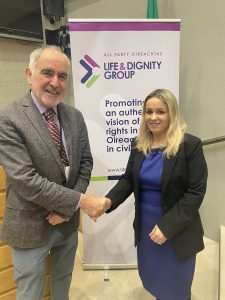 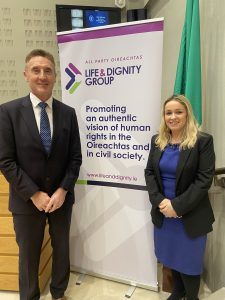