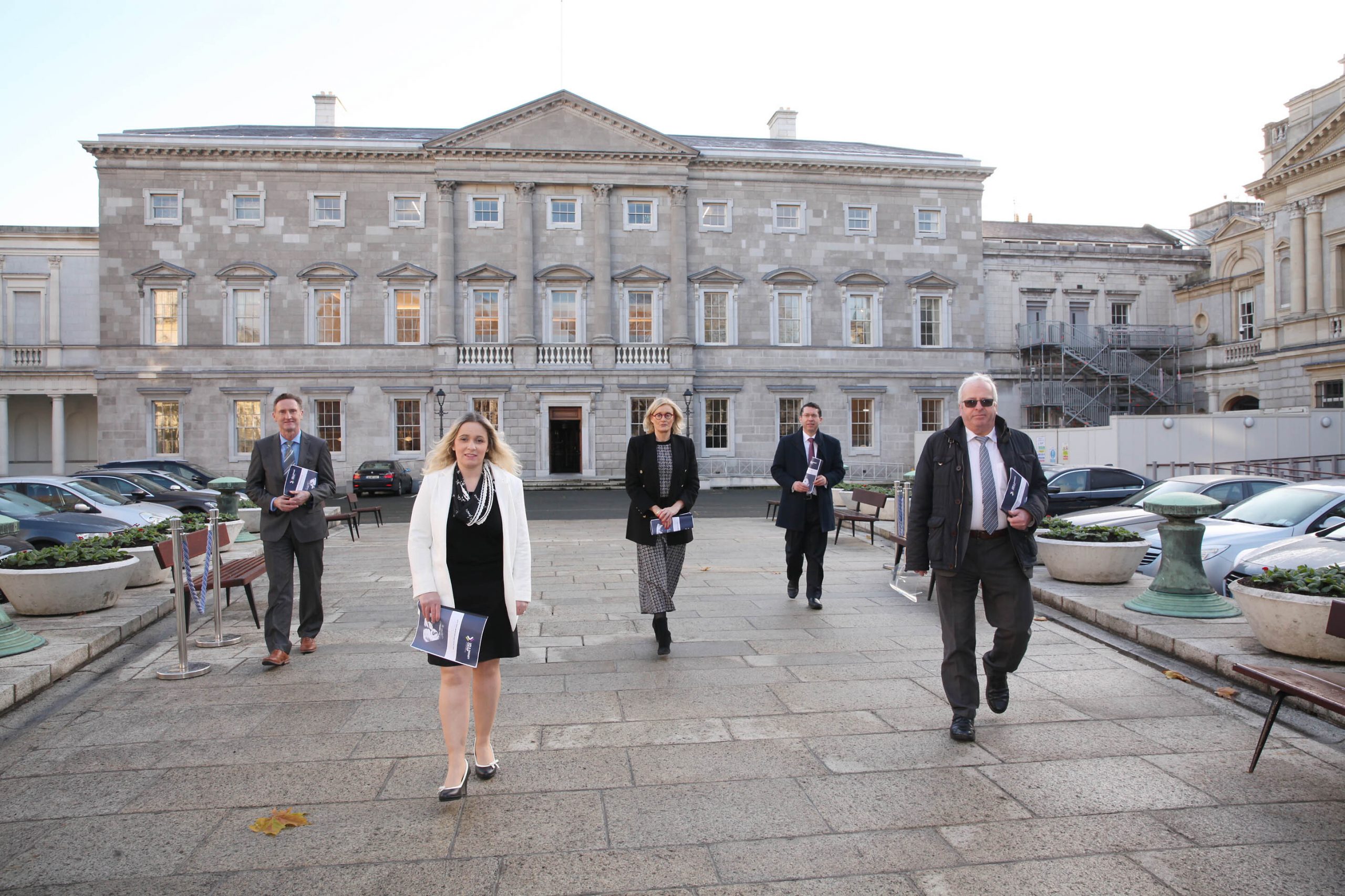 The All-Party Oireachtas Life and Dignity Group this morning published a comprehensive new report on the issue of late-term abortion and foetal pain.

The launch took place on the plinth outside Leinster House where members of the Oireachtas in attendance spoke about the growing scientific evidence from around the world that unborn babies in the womb feel pain before 20 weeks and about the need for provisions to be put in place to ensure unborn babies undergoing late-term abortions are given precautionary pain relief to ensure they don’t experience any physical pain or discomfort during the procedure.

Speaking at the launch, Carol Nolan TD said: “The growing scientific evidence from around the world that unborn babies experience pain should unite everyone behind putting safeguards in place. The decision on whether to give pain relief to an unborn child before a late term abortion is not a medical decision but rather an ethical and humanitarian one.

“Enshrining protections in law to ensure unborn babies are given pain relief during late term abortions would not impact the functioning of the new abortion law but it would mitigate the pain and suffering of the baby and at least introduce a degree of humanity into the law.”

Also speaking at the launch, Senator Sharon Keogan said: “Foetal surgeons who perform operations on unborn babies treat them as their patients. As a result, pain relief medication is routinely administered as standard medical practice. This is in stark contrast to what happens to unborn babies who are about to have their lives ended through late term abortions. There is simply no justification for denying the same pain relief to an unborn baby about to endure a late term abortion that will end its life and likely involve him or her suffering extreme pain and distress during the procedure.”

Peter Fitzpatrick TD mentioned at the launch the attempts made in 2018 to introduce a similar amendment on pain relief before the new abortion legislation passed. He said two years on from that “the mounting evidence is there for everyone to see that unborn babies feel pain. It should have been accepted as an amendment in 2018 but given what we have learned in the past two years and the evidence that has come to light, there is simply no excuse at this point in time for not providing pain relief to unborn babies. I am very pleased that we are raising this issue today as a group.”

Talking about the work of the group going forward, Deputy Nolan said: “We want to encourage discussion and engage with our Oireachtas colleagues on matters of public importance that impact on the right to life and dignity of people, young and old, born and unborn – issues like the Right to Life at all stages, human trafficking, modern day slavery, quality palliative care, freedom of conscience and disability rights.”

She made it clear that the group “does not intend to shy away from raising issues that are being overlooked or neglected or deemed too contentious.

“But, as always, we will approach everything we do in a spirit of friendship and respect towards our fellow Oireachtas members”, she concluded.